*Please Note: This is a specimen piece and is not suitable for cabbing or for use in jewelry. It is strictly a piece for display. It is 100% natural  and features the characteristics often found in Kingman turquoise. The white crystals are Quartz, the grey to brown material is Kaolin Clay, and the black areas are Hematite. If you wish to use this turquoise in jewelry, it would require stabilization. 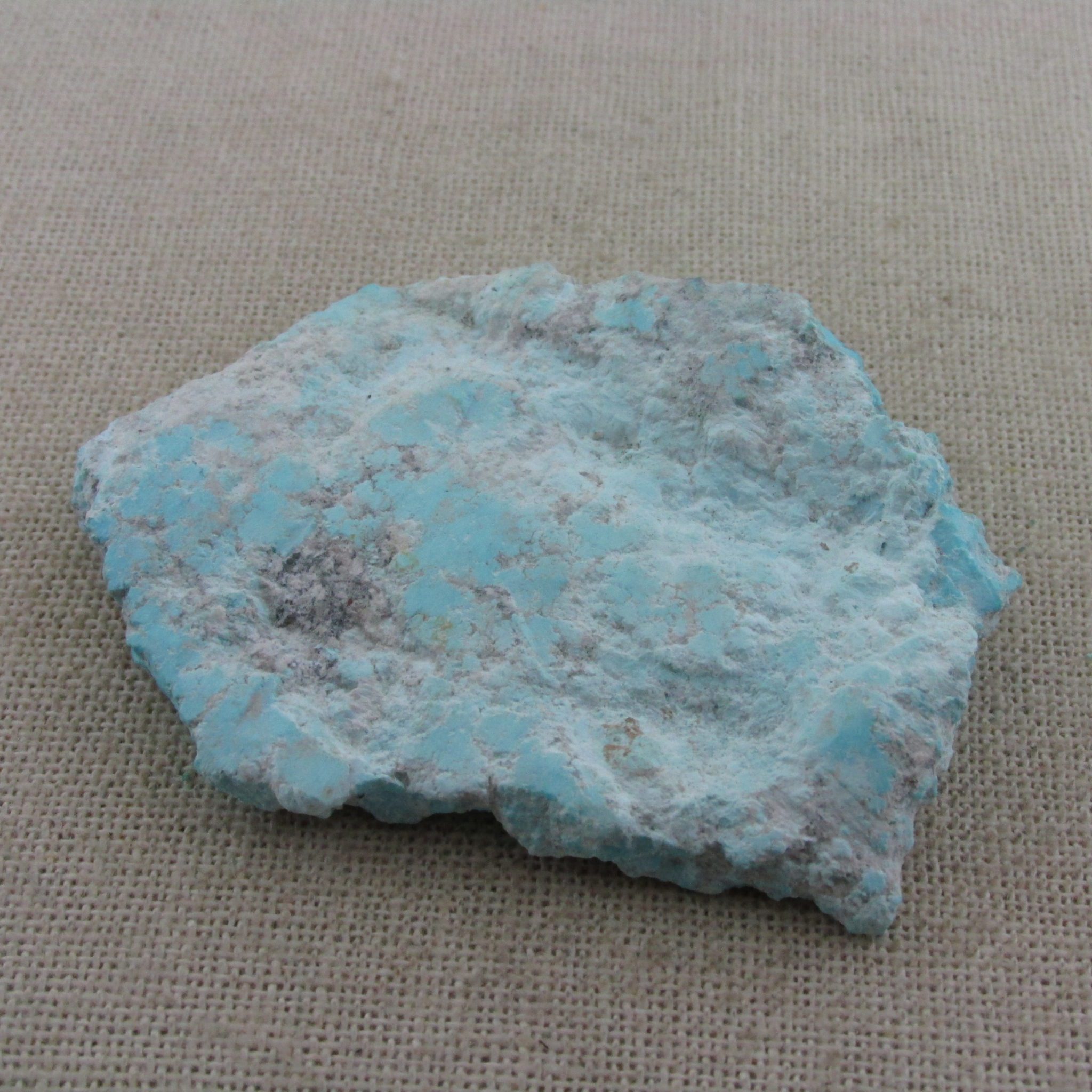